I’m in northern CA hunting mountain quail this week.  I have been on a bit of a quest to complete the quail slam of all 6 North American species and the mountain quail was last on the list. Hunting these birds is tough!

Steep, rocky country, thick cover, and birds that are spread thin and don’t often hold well. As luck would have it, my younger dog got injured on our first morning here so I had to rely heavily on my ten year old campaigner, Dory.

After 3 days of hunting, with Dory on the ground for most of it, I was not the only one impressed. Both my hunting partner and our guide were blown away by Dory’s tenacity and ability to find and hold these difficult birds.

At the end of the day yesterday, he made a wide cast and had an incredible find on a covey of mountain quail at the base of a very steep hill. He held until we arrived on sight – several minutes- and then trailed the running covey to the top of the ridge, where he proceeded to point and hold a number of the spread out singles. Shooting was tough in the dense cover but a few birds were brought to hand. When I told my buddy that I was impressed that he climbed the hill, his response was, “after hunting with  past two days, if he’s on point, I’m going to him wherever he is!”  The guide was equally impressed. I think the only one not surprised was me. After all, I’ve been hunting over Dory for 9 seasons now, and I’ve now shot 16 species over his points. 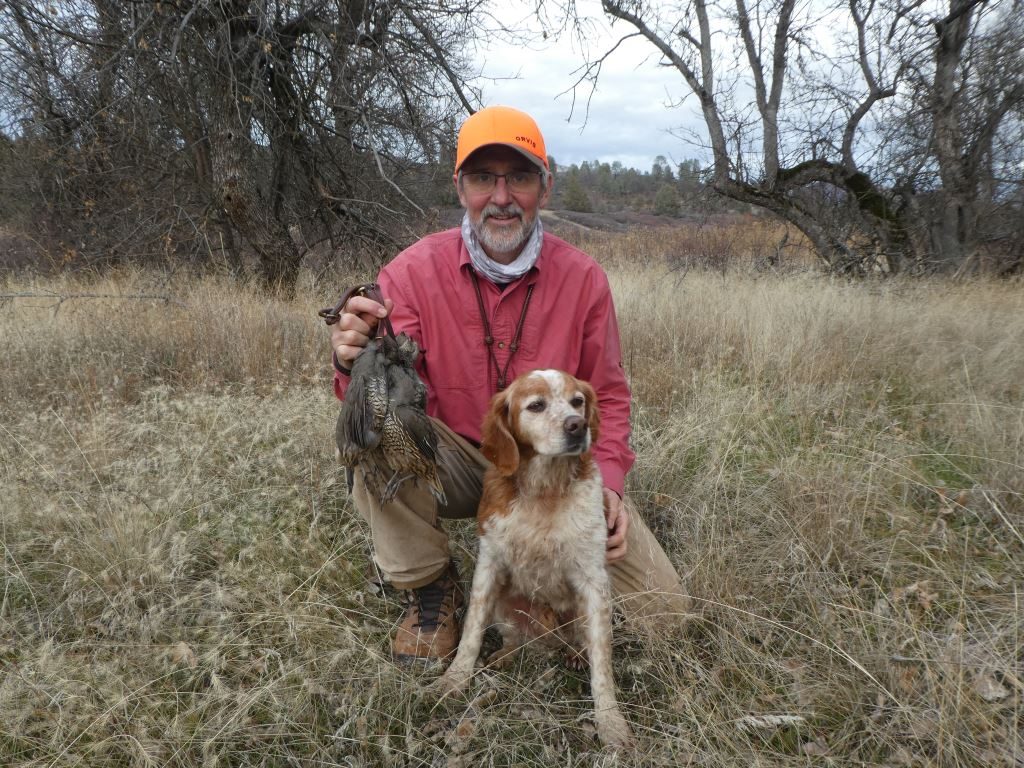