My story with Cyril De L’Escarbot started after the loss of my black & white Epagneul Breton Arty to cancer related complications at 7 ½ years. It didn’t take to long for me to realize that I was lost without a dog in my life. I’m an avid bird hunter with a large network of hunting partners all of which have pointing dogs.

I contacted John Mooney to discuss options on an Epagneul Breton puppy. John told me he had a started dog for sale and suggested that if I was interested I needed to make a decision soon. That prompted a trip from Southern CA to L’Escarbot Kennels where I was introduced to 14 month old Cyril De L’Escarbot.

We met Cyril and observed John working him in the field on a few planted Chukar. I made the decision to take the dog on the spot. Cyril would be making an air flight to his new home in California. I drove back from L’Escarbot Kennels to the hotel thinking about what I would be facing in bringing a 14 month old kennel raised dog into the house.

I will say there was and adjustment period for us and Cyril. House breaking was incredibly easy as Cyril was a very smart boy. More than a few household items were sacrificed during the transition but Cyril earned full access to the backyard and the house via a pet door.

When I first started training with Cyril on live birds we had a few issues. A quick call to John and we were quickly on tract (it was me). The kind of bird hunting I generally do in the Western U.S. can best be described as big country primarily hunting the various Quail (Valley, Mountain, and Gambles), Pheasant, Chukar and Huns.

The first season Cyril and I hunted together was a learning experience. The Chukar and Gambles Quail of the California / Arizona desert areas gave Cyril fits. The country is tough and those birds run and they run. This kind of hunting was a far cry from Minnesota or South Dakota. Cyril learned quickly and adapted.

By season two Cyril was handling birds amazingly well. He became a master at handling running birds. I can’t count the number of times that Cyril was working running birds that I had not seen. Some of these episodes are just seared in my brain. It didn’t matter how tough the country was, and we did hunt some tough country, Cyril just kept going – what heart.

Season three found Cyril and me hunting alone more than we had ever previously done. I found I enjoyed the solitude of no constant whistles, yelling and other distractions. Cyril quickly learned to hunt via hand signals. A tap on the controller to send Cyril’s collar a page/tone would have Cyril checking back for direction. A simple hand signal and off we went. This was fun, no this was amazing.

I’m getting to be an old guy and I thought my knowledge of game birds habits, requirements, and preferences was at a fairly high level. But the truth is that Cyril taught me a lot about some of the species we hunted. Somewhere along the line my hunting focus changed dramatically. I learned to let Cyril and his uncanny natural ability take over rather than me orchestrating everything. I learned one very valuable lesson which was proven time and time again “always trust the dog”.

I learned it worked best if I just kind of steered the ship towards a general direction and focused on keeping Cyril out of harm’s way. As I grew to really love this dog I became more cognizant of the fact that every time we put our dogs on the ground to hunt we put them at risk. We had our share of rattle snakes, coyote, barbed wire, and other encounters but nothing too severe. Those of us that hunt with our dogs have seen a few too many cases where dogs were injured or worse.

Cyril and I became a packaged deal. Everywhere it was possible to take him with me he went. I think he knew his way around Home Depot better than I did, and he sure got a lot more attention. We participated in several local field trials and gun dog challenge events over the years where at times I let down the team. I think Cyril’s’ favorite activity was the annual youth pheasant hunts hosted by the California Department of Fish and Game. We would volunteer as a guide and dog combo. Cyril loved the kids and pointing and retrieving 20 plus planted roosters in a day. That was pure joy for him.

Age started to catch up to Cyril. His eyesight, hearing, and a front shoulder joint issue really became impactful after 12 years. He still hunted at 12 (slowly) and the last hunt is a bitter sweet memory for me. The wallpaper on my phone is a photo of him retrieving the last bird I shot over him. Cyril lived out the rest of his life being spoiled rotten. The Covid situation had me working from home the last 7 months of Cyril’s life. He and I were attached at the hip 24 /7 and I am so thankful for that time.

We may have the privilege of owning several good dogs over the course of a lifetime but I believe we are allotted only one “Special Dog”. I came to realize over our years together that Cyril de L’Escarbot was my special dog (a very special Epagneul Breton) and I made sure he knew it. It’s funny how much our dogs become a part of our life and routines. It’s a very sad when they are no longer there. They leave such a void in the household. I still catch myself sometimes reaching into the backseat of my truck to give Cyril a quick rub only to realize he’s not there. I’m reminded of the title of the book by David A Webb “Empty Collars”. An empty collar is such a sad reminder but also a trigger to a vast storehouse of happy memories and experiences we shared together.

Cyril boy, we spent a lot of time together, drove a lot of road trip miles and walked some awesome country together. Thank you for the memories my old friend, you are missed so much. 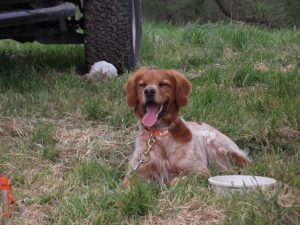 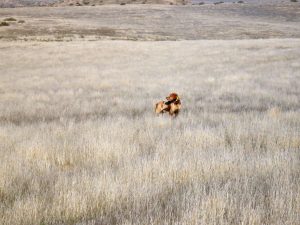 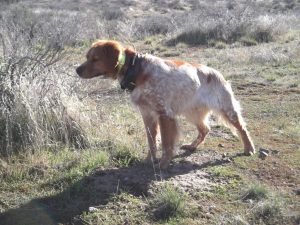 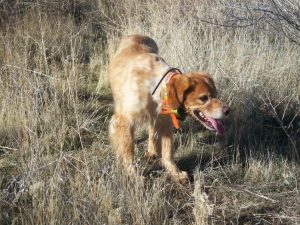 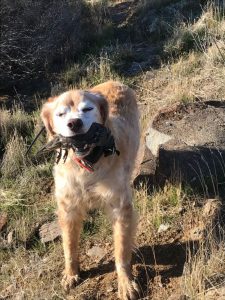 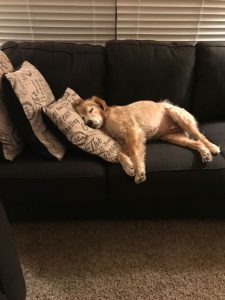 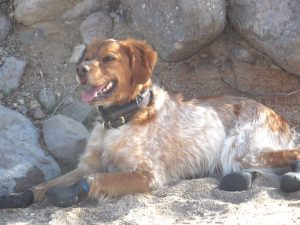 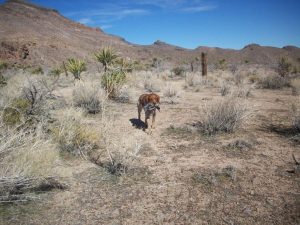 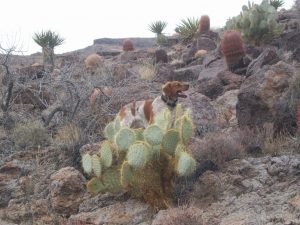 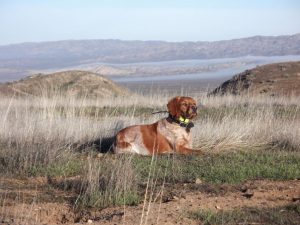