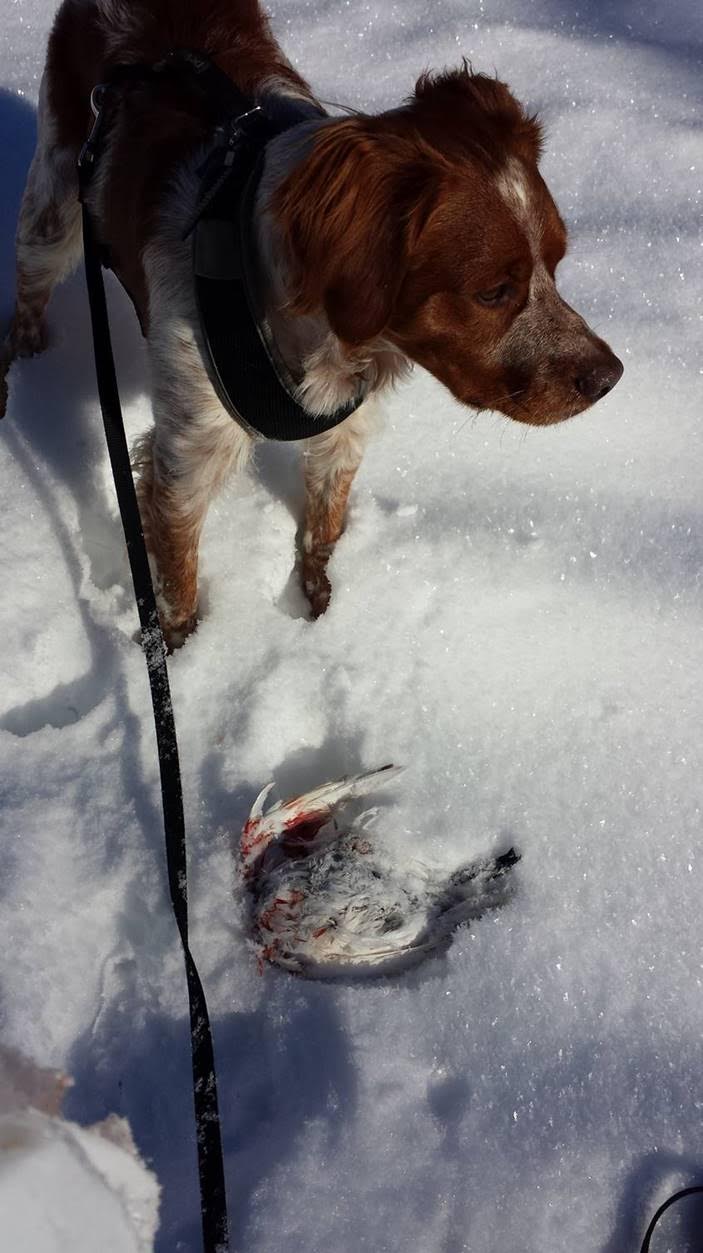 An update on Magnum… two weeks ago he was caught in a large conibear trap and nearly killed.  Alaska has very loose trapping regs and this particular trap was set on an often used trail. I am all over Fish and Game about it.

By a true miracle Magnum survived – a testament to his strong neck and stronger fortitude. He choked out before I could open the damn thing and I was very worried he would suffer brain damage. In the may lay I rammed the trigger wire through my finger, which is a small price to pay for his life. His abrasions have healed and fortunately he is back in hunting trim. The only noticeable change is he has become more cuddly in the evenings – that is, between wild and crazy puppy episodes. He is one tough dog!

Over the past two weeks we have had excellent cold clear frosty snow days for chasing ptarmigan. With no instruction of any kind he flushed three birds. I was pleased enough at that, but here’s the kicker… Today he pointed two birds like a real professional. On his own volition he stood at point 30 feet from each of two birds and did not flush. He held point rock solid till after the shot. He even raised one paw as a style point. His retrieve is a little weak, but is improving. He dropped the last bird near my feet, but didn’t want me to pick it up.

He flew through the woods and 8 inches of fresh snow over frozen snow, quartering the woods and cutting countless bird trails. He kept me in sight (mostly) and seldom ranged far beyond shotgun range. He is an excellent hunting partner, and it’s all due to good breeding. Like I said, he is training free. Thank you for such a stout dog of mind, body, and hunting instinct. 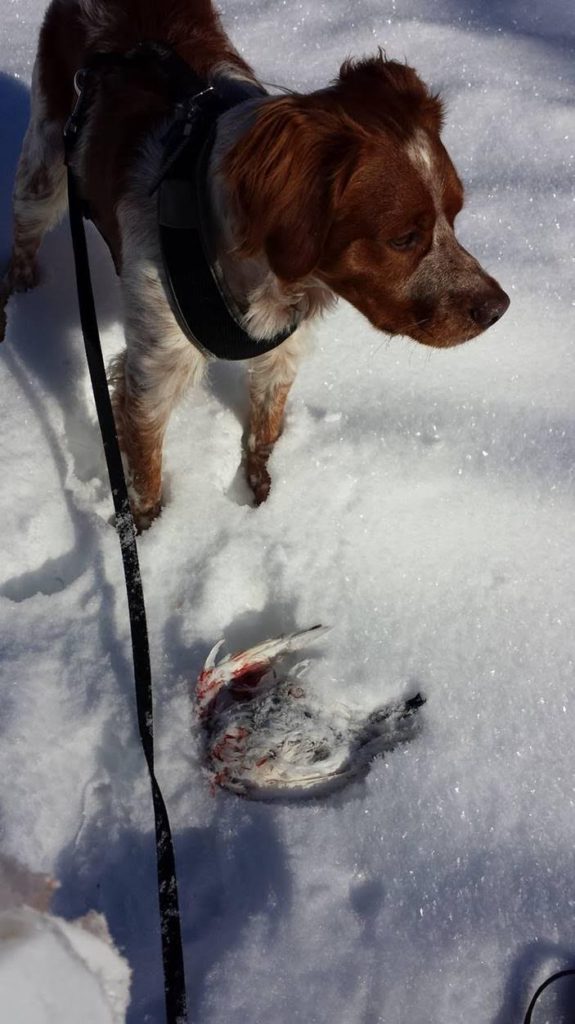