With a very heavy heart I write that one of our L’Escarbot family members has died.   Rose de L’Escarbot (Rosie) age 17 years, 2 months and 21 days gave us great joy as an angel in the house and a demon in the field. Rose was the daughter of Jipsie and granddaughter of Ivee. She was the last of a line of dogs that produced loving companions and outstanding hunting dogs.

As a nine-week-old puppy Rose went to the lake for the first time, following around her reluctant new best friend, Gus, biting at his body parts.  Rose, not wanting to miss anything, fell asleep curled up in the middle of the living room floor, completely wiped out from her first day exploring Oak Lake. Gus wasn’t real fond of little Rose and would avoid her teeth at any cost.  He would growl at her, never hurting her, just a warning for her to stay away.  One day Gus curled up in a corner to escape the little whirlwind, and Rose proceeded to climb up on top of him and curled up for a nap.  All the while Gus was growling and giving little Rose the vibrating bed treatment. This began a long and lasting friendship between the two of them. Hunting and pointing blue gills at the lake, rough housing in the living room until they got yelled at, napping in the office on the same bed, and wandering around the acreage in Hampton. They were friends for thirteen years until Gus passed away at sixteen years old.  Rose was a very sad dog for a couple of weeks not wanting to do much of anything.  Then one day out of the blue she went out into the yard and ran around as fast as she could and came back inside and started acting like her old self again.  She had mourned long enough and was ready for another four years.

Rose, in her prime, was the fastest dog in the kennel.  In the field the other dogs would run to try and catch Rose but they never could. She would turn on the after burners and leave them in the dust.  Rose went on to produce three beautiful litters of puppies.  Her first pregnancy was the most memorable.  Rose was a few days away from giving birth, or so I thought. She was walking around in the dining room while I was in for lunch one day, turned and looked at me with an odd look and proceeded to push out a little puppy. I jumped from my chair and caught the puppy before it landed on the hardwood floor. Rose and I had a very good relationship but she had one thing that she did right up till the end.  Whenever I would walk past her (most dogs would just lay still and let me walk by) Rose would change positions at the last minute or stand up or turn and walk in front of me almost always causing me to trip and stumble.  Of course I would shout ROSE!!!! and she would just walk away.  I will miss all of that.

Rose had two best friends in the world, Abbie and Jeanie.  They could do anything to her, from bows in her hair to birthday cupcakes to cuddling on the couch. They will miss her the most.

Rose slept on Abbie’s bed until she left for college and then kept her spot when it became Frank’s room after that.  When she couldn’t jump up on the bed anymore, Rose would just lay down next to the bed, still close to Frank.

Most people called her Rosie. Rose had many people friends who loved her company who will miss her dearly.  One especially is a girl named Emma who couldn’t pronounce Rose’s name . . . she called her Wose.

Me, I’ll have to get tripped by another.  I’ll miss yelling at you Rosebud. 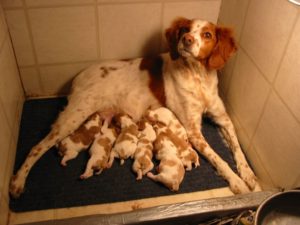 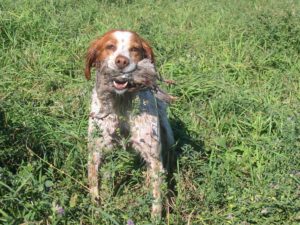 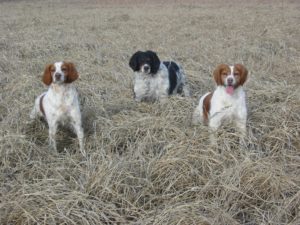 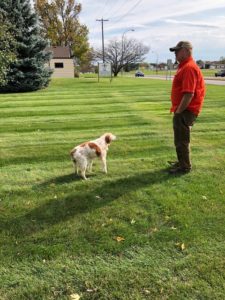